How many lanes will SR 400 have once the…

The SR 400 Express Lanes project would add two priced express lanes in each direction from MARTA North Springs Station to McGinnis Ferry and one priced express lane in each direction from McGinnis Ferry to just north of McFarland Parkway. Additional lanes are required intermittently along the corridor for either general purpose or express lane access points or for potential queuing BRT stations as well as the collector-distributor lanes. Within the SR 400 Express Lanes project limits and upon project completion, SR 400, in general, will have between eight and 10 travel lanes in each direction (express lanes, collector-distributor lanes, and general purpose lanes). Although in some locations the number of lanes increases to allow for access ramps and connections to other roadway facilities, for example connecting to I-285 near the North Springs MARTA Station and to allow for BRT access to MARTA’s Windward Parkway Park-and-Ride.

A request was made to build a MARTA rail station farther north and to have the SR 400 Express Lanes terminate at that station.
Commenters expressed concerns that the design precluded future rail expansion.

How much does litter cost? The U.S. alone spends $11.5B each year… let’s fight litter and help relieve the financial burden of cleanup from our communities and businesses. Introducing #KeepItCleanGA a new anti-litter program! http://KeepGAClean.com 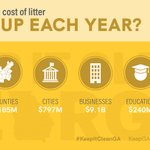 It's that time of year again. Voting is now open for the AASHTO People Choice Awards and we want to do a three-peat! Please click the link and vote for The Columbus Riverwalk EVERYDAY until Oct. 25th. Help us win! http://ow.ly/Ddsx50Bm6QV 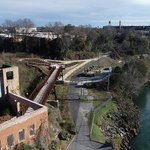 GDOT is more than roads and bridges. Take aviation for example. Georgia’s over 100 public-use, public-owned airports contribute billions of $$ to the state’s economy and add to the quality of our lives. . Find out more on our blog “The Extra Mile” https://bit.ly/2Hl4PDE 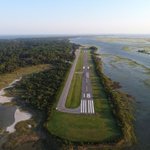 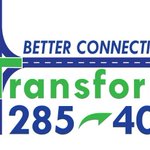 Remind your teen about the dangers of texting, dialing, or using mobile apps while driving. Have them make their phone off-limits when they are on the road and turn on the “Do Not Disturb” or similar features on their phone. 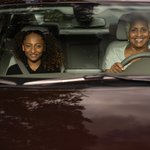